Aweminus Releases Monstrosity of an EP on Skism’s Black Label

With the rise of the more simplistic and repetitive aspects of bass music over the last year, the genre of dubstep is becoming flooded with massive amounts of new talent. Every day it seems that a bedroom producer from any city across the world is being discovered and thrown into the spotlight by label heads.

In a day and age when dubstep is thriving more than ever, fans are always looking for the newest original sound to headbang their hearts out to. While huge names like Skrillex, Zomboy, and Datsik, dominate bass music, many fans complain that live dub sets have become somewhat predictable in the last two years. A style that is being adopted by artists like Getter, Spag Heddy, and Virtual Riot, take up the majority of bass music that gets played out, and while it creates for very energetic experiences for fans, for seasoned dub veterans it can get old fast. One artist who has been defying 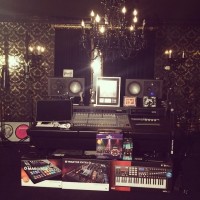 By FistInTheAir.com on November 5, 2014 in Celebrity, deadmau5, I Hate You, News, Paris Hilton., Studio

It’s been nearly 6 months since we’ve heard anything new from Eptic. His music has always been top notch. His style centers around traditional dubstep roots and I like it that way. Eptic has a good handle on bass music and he continues to gain more and more fans. “Brainstorm” is a song based on […]

By admin on May 2, 2013 in Dubstep, Hip-Hop, progressive house, Remix, Tracks