Could Kanye West be the most anticipated Joe Rogan podcast guest of all-time? It’s certainly quite a statement to make, considering Rogan’s star-studded list of previous guests, from Elon Musk to Bernie Sanders. With that being said, the continued hype, delays and disappointments of a potential Kanye West appearance really makes this one special – […]

Over the past few years, pluko has evolved into a melodic maestro. Back with a potent follow-up to his COLOR BLIND album, pluko’s ‘BABY BLUE’ EP offers a fresh spectrum of sound for listeners to sink into. Bringing a unique type of energy to the dance world with 6 dynamic tracks, ‘BABY BLUE’ pulls from several […] 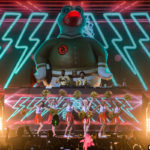 LISTEN: KRANE Links With B. Lewis For Sultry Single “Only One”

By RunTheTrap.com on October 23, 2020 in krane, Singles, Trap Music

Following his stunning collaboration with Boombox Cartel, Oakland-based producer KRANE is blessing us with a fresh futuristic single to jump-start the weekend. A perfect combination of cutting-edge synths and B. Lewis’s fiery R&B vocals, KRANE’s new single “Only One” thrives with a rolling future bass soundscape that makes us wonder about what other goodies he has in […]

The post LISTEN: KRANE Links With B. Lewis For Sultry Single “Only One” appeared first on Run The Trap: The Best EDM, Hip Hop & Trap Music. 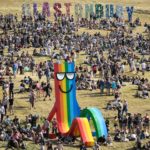 It’s been months since Tchami first announced his debut LP Year Zero and though he’s kept fans satisfied with a steady stream of singles, it’s finally here to enjoy. A vibrant 16-track journey that gets better with each listen, Year Zero stands as a clear depiction of where Tchami is as an artist. Known for pushing his […]

Coming in hot with a fresh new vibe on Odesza’s Foreign Family Collective, New York duo MEMBA continues to show off their diverse sound with their new single “Overrated.” Featuring a smooth vocal assist from Levus Alone, “Overrated” is an unexpected treasure so good that you’ll want to leave it on repeat.  Take a listen […]

Aiwake and Saen join forces on “Faded Patterns,” a lush escape into gentle serenity. “Faded Patterns” is out now, the first single from their collaborative # 99000a EP. Faded Patterns is easily timeless and grips listeners into a convincing dreamstate. Atop a pop-infused production, profoundly personal lyrical croonings glide elegantly, laced with somber synth work […]

Constantly innovating his signature sound, Valentino Khan pushes boundaries in his newest 4-track project titled “French Fried.” The EP is out now via Mad Decent and takes fans back to one of the golden eras in dance music led by the french electro movement. From hip-hop to EDM, Valentino Khan’s production style is boundless. Following  […]

LA-based indie electronic duo Forester are still relative newcomers to the scene but they’ve certainly impressed many with their refreshing style and sound. Xander Carlson and David Parris, both of whom write, produce and sing under their Forester moniker, are back with their new single “Undercover,” an introspective, honest track that brings to light the […] 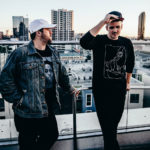 Kasbo has been slowly teasing singles from his upcoming sophomore album, The Making of A Paracosm. “Lune” is the final single from the album that we will have a chance to hear before the rest of the project. “Lune” is a beautiful collaboration between Kasbo and Australian born musician Vancouver Sleep Clinic. If Lune’s perfect balance […] 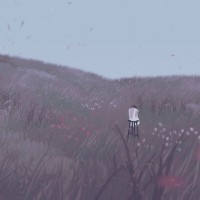 A compelling treat for eager ears, STANCE deliver the first single from their forthcoming Discordance EP. “Me” is out now, and serves as a song for life in quarantine, made during life in quarantine. Adding new flare to a longstanding genre, STANCE put their own spin on future bass. “Me” features bustling synth work and […]

Two years ago Castelle released his hit Polychromatic. Soon after he found himself in a terrible situation. His hearing had started to leave him. He could no longer produce music or play shows, which was a constant form of frustration. Now the Detroit based producer has overcome this ailment and is back to producing and […]

It’s 2020 and Wolfgang Gartner is back to releasing music. Back in July he released his “Tucson” EP, the first body of music Wolfgang had put out since entering rehab in 2019. Now just a few months past that, he has released a new single titled “Electric Soul”. “Electric Soul” is the type of funky […]

Getter just announced that he has a brand new single, “BAD ACID,” that is slated for release on October 23rd. He also confirmed via Twitter that it is the first track off his forthcoming EP. It’s been a while since we’e received a full-fledged project from Getter and we couldn’t be more excited to hear […]

Quiet Bison‘s insane sound design put him on our radars rather quickly. There’s only a few producers making sounds anywhere close to this. His newest single is a collaboration with Reo Cragun. You may recognize Cragun’s name from his recent collaborations with Flume. “High Like This” draws inspiration from downtempo, breakbeat, and future bass to […]

If you need a sizzling house anthem to burn up your dance and workout playlist, Tchami has got you covered. Teaming up with Georgia rapper Gunna for his next single “Praise,” Tchami sets the mood with sweeping basslines that encourage listeners to get their groove on. Another notable addition to Tchami’s highly anticipated debut LP […]

Though 2020’s COVID-19 pandemic canceled the majority of festival season, Disco Donnie Presents has been working hard to make Ubbi Dubbi‘s 2021 return special. Returning to the Dallas/Fort Worth area for its sophomore event on April 24 and 25, DDP is gearing up to bring Adventure Club, Illenium, Seven Lions, Whipped Cream, Liquid Stranger, and more for a one of […]

LISTEN: KRANE and Boombox Cartel Team Up For Melodic Stunner, “All Again”

Over the years, Oakland-based musician KRANE has become one of our favorite producers. Recently resurfacing from his musical hiatus with his first single of 2020, KRANE is showing off the next song from his arsenal of upcoming new music. A collaborative project with Boombox Cartel, KRANE’s new single “All Again” deviates from the trap banger […]

NGHTMRE and Slander have, over the years, become global forces in the EDM scene and we couldn’t think of two acts more deserving. Recently, NGHTMRE himself took to twitter to make the exciting announcement that his new collaboration with Slander was officially finished. While no release date has been shared yet, a record this massive […]